Michael was suppose to be on a work trip for 4 days. It was cancelled at the last minute for other reasons. I am sure glad it did! We had a snowpocalypse in Atlanta this year! We very rarely get snow here at all.  The weatherman reported that we were going to have a light dusting. I learned in NJ to always be prepared. With 9 of us in the house, the last thing I want to do when trapped inside is to run out of food. So I stocked up for the week on a few essentials.

The quints and Gideon had never seen snow before since they were born in Arizona. As soon as it started sticking on the ground, they wanted to explore!

The snow brought out the goofy in all of them. They loved attacking Mommy, Daddy, and Conner with snowballs.

After about 30 minutes, the kids were ready to come inside and warm up.

It may be the marshmallows too.

Michael lit a fire and it was the perfect touch. The snow continued to fall.

Playing in the snow wore out everybody. I liked having a bit of quiet to study for finals since they were in just a few days.

Amature! He’s lucky they are a little more mature than drunk college students.  Otherwise, he would have had Sharpie characters drawn all over him.

As soon as he woke up, Michael saw trees had landed on the fence separating the neighbors house from ours. With us both having dogs, we went out and fixed it in the snow. We make a good team.

Michael built a sled and the kids came to give their opinions.

Back out we went into the snow. Snowmen, snow angels, snow ball fights, and more kept the kids busy for 45 minutes.

Michael made a drying station for the gear. We definitely improvised with this random Mother Nature event.

We moved everybody downstairs to stay safe during the night. The trees here are not use to any ice or snow so kept breaking.

Gideon loved his spot in the house. Halfway through the night we lost power. We have a generator from NJ. Between that, the fireplace, lots of blankets, we stayed warm. All night long we kept hearing branches and trees fall down but could not see out. The next day, Michael and Conner went to explore the damage.  We had over 12 inches off snow fall overnight! Trees had fallen into the quints room, our bedroom, the fence, the deck, vehicles, and all over. 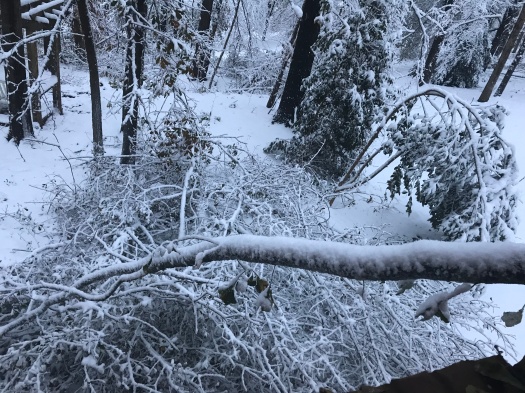 We have a gas stove so that was a huge blessing during this adventure!

Conner and Michael took care of getting some of the trees off our property so more damage wouldn’t happen.

Michael and the kids made pizzas during our “no power party”!

Not our prettiest meal but it was made with love in unique circumstances.  We then played games the rest of the night by candle light.

Treat donuts to the rescue.

He looks at me like I’m the weird one? #donutlover #busted

I was not sure what Michael and Delilah were doing at first. 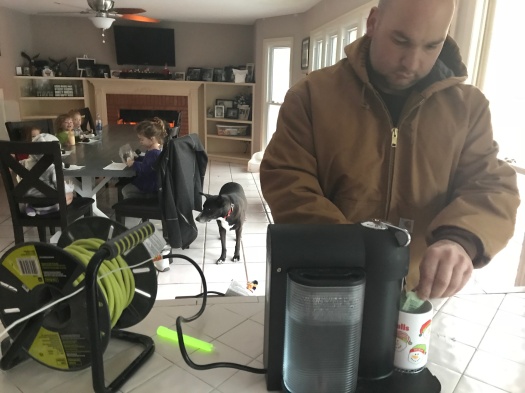 I soon realized it was to get the coffee pot working with the generator. #priorites

Michael’s awesome coworker and our good friend, came over to help cleanup the yard.  We rented a wood chipper. Elias and Conner headed out to a birthday party. That left just the girl’s and me to cleanup as Gideon napped. They kept saying how girl’s are strong since we were picking up sticks. 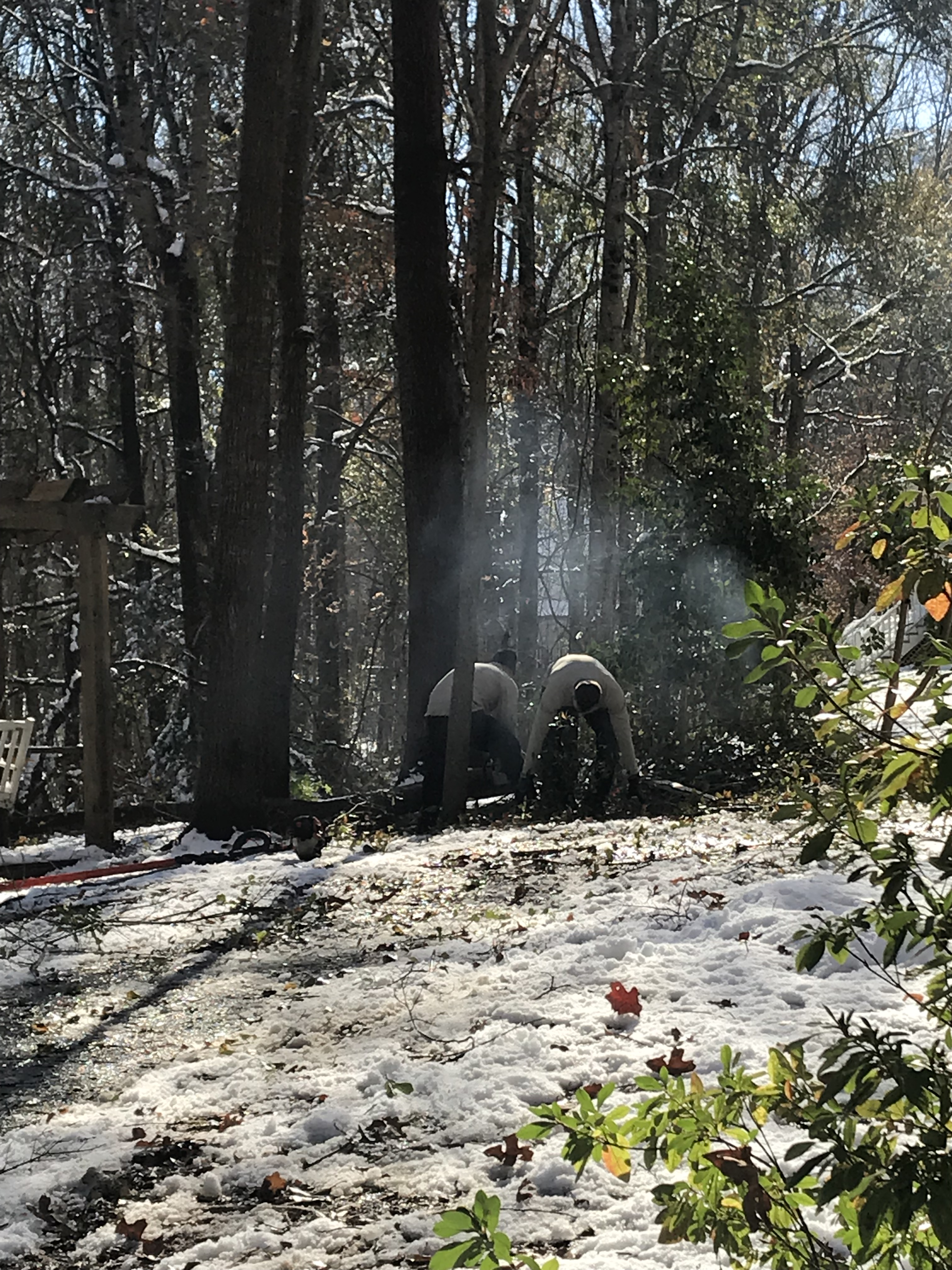 Taking the trees off the house.

We were all sore the next day, but it was nice to have the help. Michael and I would still be working on it otherwise. We survived and thrived 48 hours of no power with 7 kids!

The rest of the week was us packing for our trip, taking 2 finals, cleaning up from the storm, basketball games, karate, and making sure we were ready for the holidays.