Briella Bryleigh was the 4th quintuplet born. She was born at 8:16 am, weighed 3 lbs 9 oz and was 16 inches long.  Briella now weighs 32 lbs and is 36″ tall! She is our feisty redhead. Her auburn hair has very pretty curls especially in the back!

Briella quickly became nicknamed, “Bootiful Briella” by Conner after she was born since her eyes for a long time were very wide when opened and yet like all of them she was beautiful too. He said it looked like she was startled when somebody said, “Boo”!

When the quints were learning to say each other names, she became, “Bre Bre” since it was easier to say than Briella. The quints now call her and Briella refers to herself sometimes as, ” Blah, Blah” since that was their first attempt at saying Briella. She prefers to be called Briella though. She never says, “Bre Bre” but instead says, “Bannilla” when prompted for her name.

Briella is a Mommy’s girl. She is very shy and cautious with new situations and strangers. It takes her a long time to warm up. Briella is very analytical, studious, and everything she does is calculated. Briella will not verbally speak in a lot of new situations; however, she is taking it all in and gives a lot of non-verbal cues. Briella also is a thumb sucker when she gets nervous or sleepy.

Briella loves to be tickled and is always laughing. She has an infectious laugh and is really goofy at times. 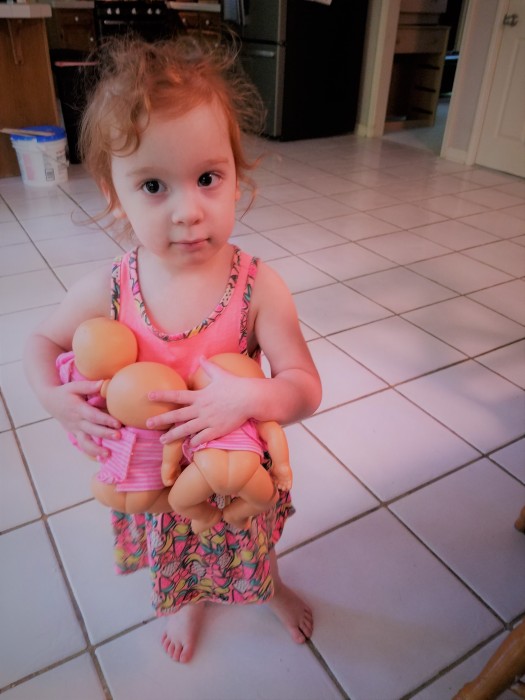 Briella is very motherly to baby dolls, other children, is sweet, and is a rule follower. Briella likes breastfeeding her babies as Mommy feeds Gideon. Of course, she usually does it with multiples ;). Maybe, she remembers that Mom breastfed and pumped for their first year too.

She seldom has a preference for things. However, when she has a preference or opinion she will not stop letting you know about it until she gets her way. She does not like being dressed like the others and is very particular about her pajamas! Each night she rotates to new pajamas that are her favorite so I struggle to keep up with her choice. Thankfully, she will let me know. If I make the wrong choice, she will give me her famous stare down! Briella can wake up the next town over with her cry when it happens. She seldom cries though and is over all happy, quiet, and reserved. 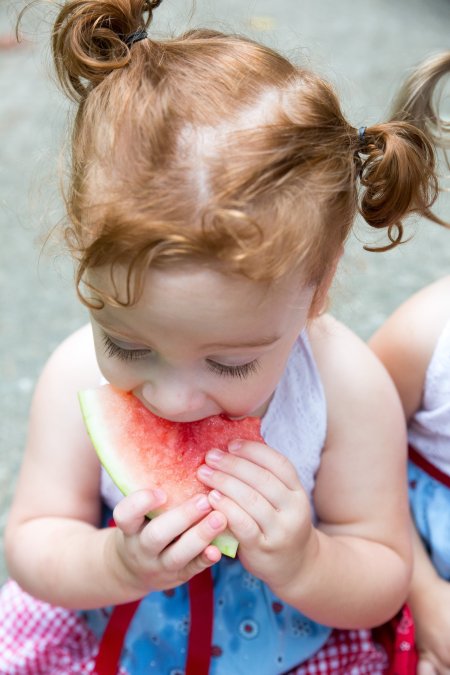 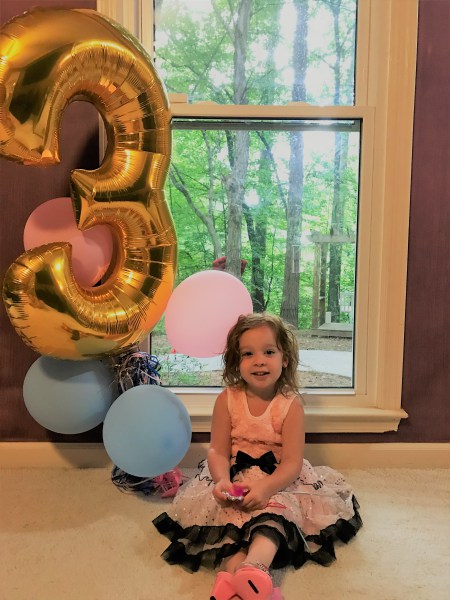 One Reply to “All about Briella Bryleigh! 3 year old personality update!”